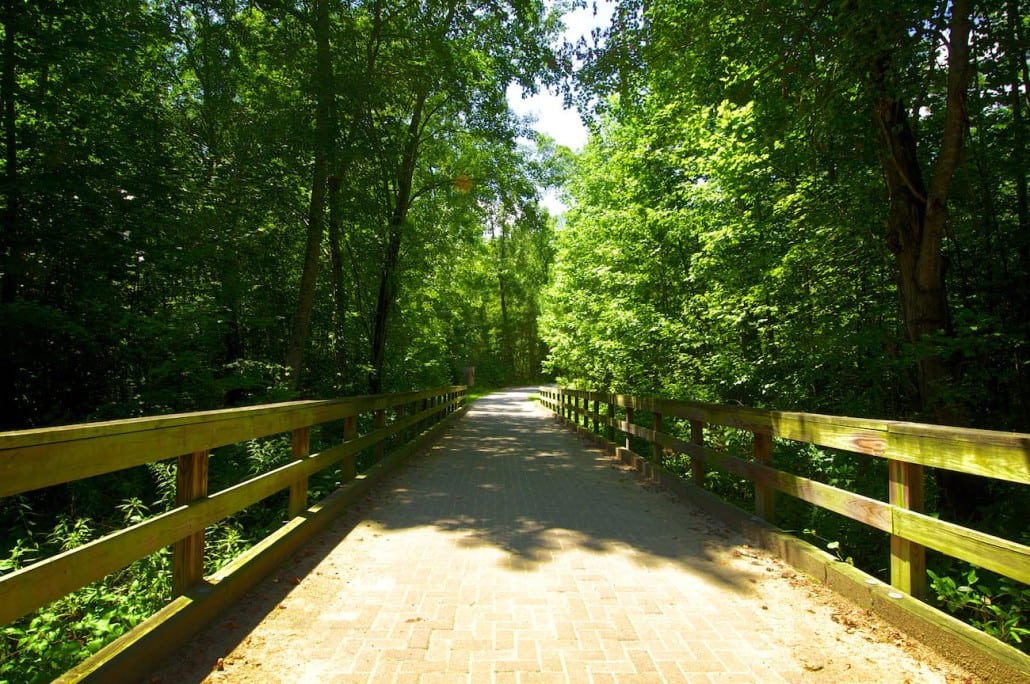 Whether you are relocating from the Northeast for your retirement years or a born and bred North Carolinian, your choice to build a dream home at the premier North Carolina golf community, Belmont Lakes Preserve puts you in one of the fastest growing cities state wide as historic Rocky Mount NC combines its proud lineage from days gone by with the scenic beauty of the present to preserve the legacy of one of the Tar Heel State’s most storied locations.

Steeped in a rich history, Rocky Mount NC pays tribute to the city’s proud beginnings in a variety of ways. Taking a stroll down the scenic Tar River Trail can give you a look into the city’s storied military past as you pass by Battle Park and Panther Island as well as their railroad heritage as you bypass the railroad trestle that was once part of the longest railway in the United States.

The man made City Lake has stood since 1933 as a beautiful reminder of the past as well, with a lighted fountain, wildlife island, gazebo, and observation decks being added over the years to enhance its beauty.

A “Dream” that Lives On

Adding not only to the countless outdoor attractions in Rocky Mount but also recalling the city’s tie to one of the most famous speeches in American history is Martin Luther King, Jr. Park.

Prompting the dedication of the park to the legendary Civil Rights trailblazer, was when Dr. King spoke before a crowd of nearly 2,000 at the Booker T. Washington High School gymnasium in Rocky Mount on November 27, 1962, uttering the now fabled words, “I Have a Dream” among many other pieces of his landmark address given nine months later at the Lincoln Memorial in Washington, D.C. as a part of the “March on Washington.”

The spectacular scenery that can be enjoyed in Rocky Mount NC, most of which blends the city’s historic past with it’s bright future shows just one of many ways that the members of the local community and city officials alike share in “dreams” like Dr. King spoke of that November night in 1962. Continuing to work hard to beautify and create more history as they bring Rocky Mount NC into the future will continue to make such dreams come true.