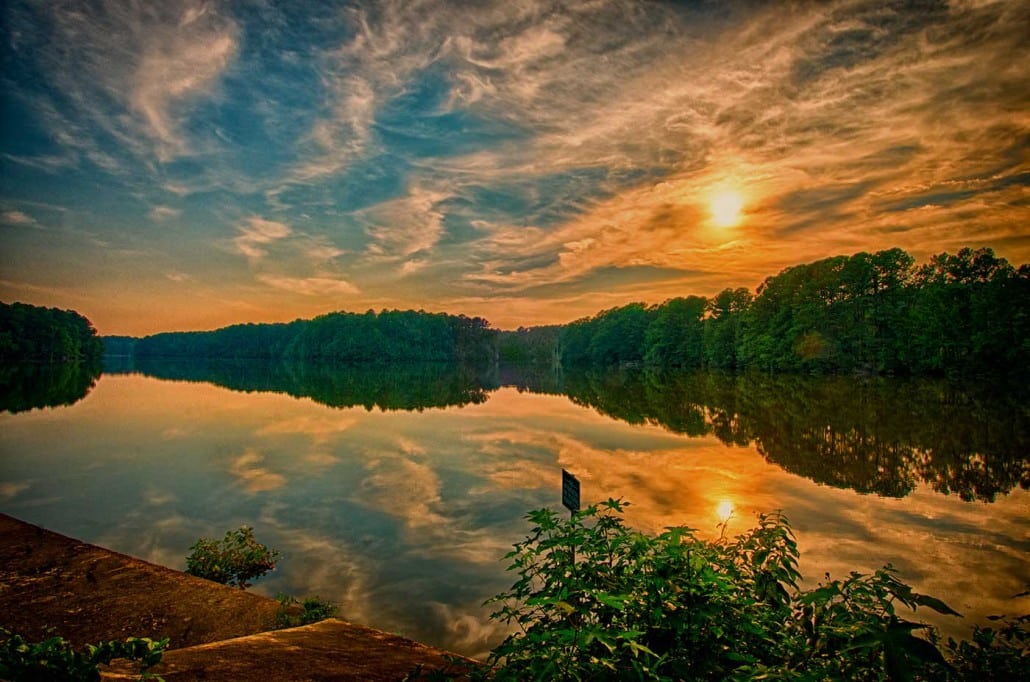 The city of Rocky Mount NC, its desirable location and affordability are finally getting the recognition it deserves. Also, efforts of authorities working with residents have helped make Living in Rocky Mount NC a safer choice than ever. All this combined with the resort-like, on-site amenities that led you to seek out new homes in Rocky Mount NC at the Belmont Lake Preserve new home community has you on the path to “Lifestyle Redefined,” and in this series of blog posts, we will detail the great things happening in the city you now call home. 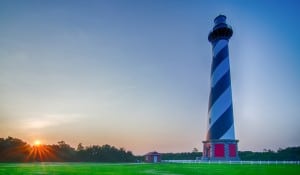 The famous Cape Hatteras lighthouse on the Outer Banks NC is just one of many landmarks conveniently reached from your Rocky Mount NC Location, sitting under 140 miles from Belmont Lake Preserve

Under an hour from Raleigh, about two hours from the Outer Banks NC, and four hours from the mountains, Rocky Mount NC Location puts you a short drive from all the state’s most desirable spots. Below, you can see exactly how far you are from major NC cities when Living in Rocky Mount NC.

The “Halfway” Point – Rocky Mount NC Location to US Cities 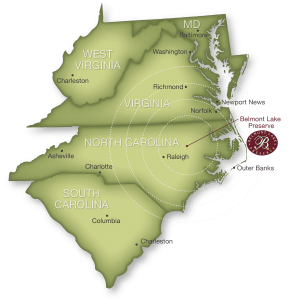 Rocky Mount NC Location finds you at what many refer to as the “Halfway Point” between New York and Florida.

Likewise, being geographic “halfway point” between New York and Florida gives you easy access to friends or family basically anywhere on the east coast. Here, you can see the close proximity that you are from some major US Cities while Living in Rocky Mount NC.

Rocky Mount Among Most Affordable Places in NC

On top of being ideally located for convenience getting to all NC landmarks and east coast destinations, cost of living is another big selling point when deciding to seek out new homes for sale in Rocky Mount NC. Supporting the p[receding statement is the annual movoto.com rankings which placed Rocky Mount as number 13 on its list of Most Affordable Places in NC.
The prestigious annual Most Affordable Places in NC list cited several reasons for Rocky Mount being 13th. Its top overall rank was for “miscellaneous costs.” This includes entertainment, clothing, restaurants, repair costs, etc. Additionally, the blog explaining the results gave high marks for the affordability of new homes in Rocky Mount. This would also support your move into a new home at Belmont Lake Preserve new home community. 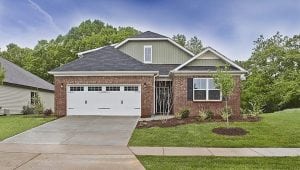 These are the areas for Most Affordable Places in NC rankings where Rocky Mount improved their score from 2017-18.

A City on the Rise: Rocky Mount Continues  to Climb

The Main Course at Belmont is Premier Fine Dining in Rocky Mount Restaurant...
Scroll to top