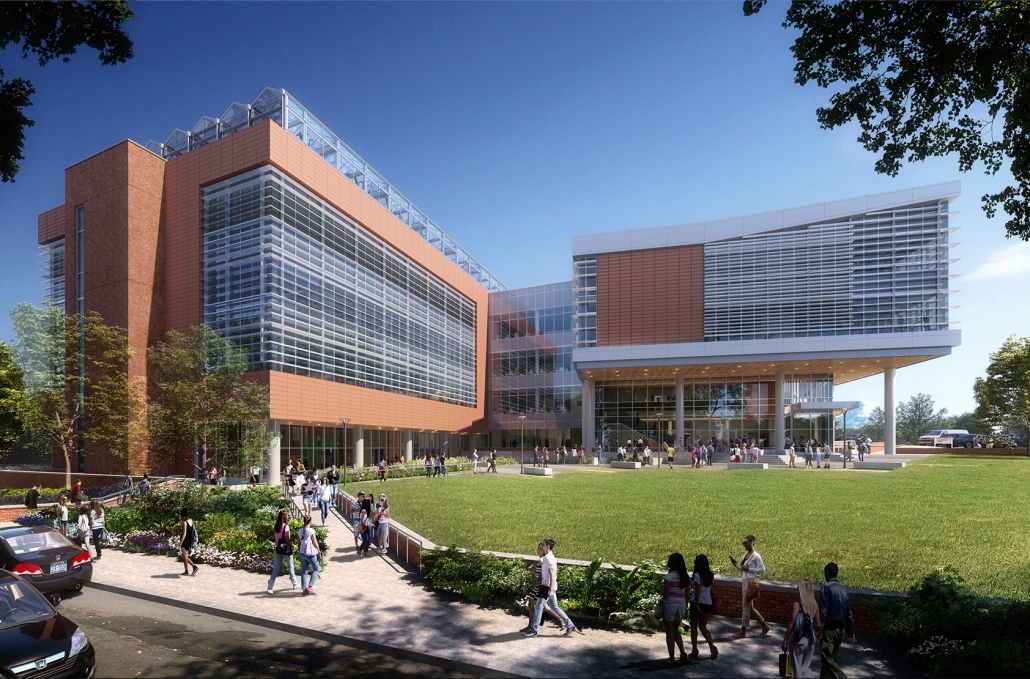 Many families have a great number of reasons which play into the ever-important decision of “where to move.” Regardless of their age, though, it is without question that a deciding factor in moving is the quality of education available to the children. The wide array of highly accredited, secondary education choices, the state of North Carolina boasts is without question a major reason why families with teenaged children are choosing the area. This series of blog posts will focus on those secondary education schools, colleges, and universities. In this first entry, we will familiarize you with Raleigh’s North Carolina State University (NCSU).

In many situations, we realize families are looking to move to a location that is close to where their child opts to attend college. Likewise, their son or daughter may already a given school and the parents are looking to relocate closer to them. Thus, in looking to relocate to the Belmont Lake Preserve (BLP) new home community in Rocky Mount, North Carolina State University makes a good initial article. Being within an hour from Raleigh and the school’s campus, a new home in Rocky Mount at BLP puts you close to your child’s location. Equally as important though, is the incredible education options your child is afforded in attending North Carolina State University.

If your child is considering or already attending North Carolina State University, you are most likely aware of its impeccable credentials. However, for those of you not completely familiar with NCSU’s storied academic history, we will try to cover its vast assortment of programs and accolades both for the school and local area.

Founded in 1887, even 130-plus years ago, North Carolina State University was a trendsetter, known for supporting ideals to take the field of higher learning into the future and to where it had never before imagined. One of the school’s initial main beliefs is one that it still adheres to today. This was one that supported all types of workers, farmers, mechanics, etc. having access to and an opportunity to receive higher education. The new generation of progressive thinkers actually founded NCSU via that method of thinking, originally naming the school, North Carolina College of Agriculture and Mechanic Arts.

So Much More than Just Agriculture and Engineering

While throughout its existence, North Carolina State University has remained ‘forward in their thinking, it is by no means just an agricultural and engineering school. As a matter of fact, NCSU has grown to become a “powerhouse,” in numerous areas of study with one of the best “Return on Investment” rates as far as graduating students into the workplace in the entire nation.

Don’t believe us? Just ask any of North Carolina State University’s over 36,000 undergraduate and graduate students who have received degrees in differing areas of study. These include science, math, technology, education, textiles, business, and natural resources. These students enjoy the luxury of being connected through NCSU with employers and companies throughout the Raleigh and NC Triangle area. Thus, upon graduation, they are afforded a “head start” on their career paths. Coming from NC State, they also have a “foot in the door” already under many circumstances.

Raleigh, along with neighboring Durham and Chapel Hill are the anchors of what is known as the Research Triangle Area. This is the hottest, “high-tech” job hub in the country. IBM, SAS Institute, GlaxoSmithKline, and Cisco Systems all call the Research Triangle home. Consequently, they all are filling many new positions as they continue to grow and thrive in the Raleigh area.

Raleigh, the home of NCSU, and its National Recognition as One of the Country’s Most Desirable Locations

North Carolina State University is located in one of the most popular “relocation” destinations in the United States, Raleigh. The city has emerged as a top spot for professionals in the tech industry. Likewise, employment is plentiful for most seeking work as a whole.

Many of the most respected publications in the U.S. have given Raleighsome type of awards or accolades. Below, are some recent categories and distinctions the city has been honored for.

North Carolina State University: Make Your Family a Part of the Wolf Pack!

The “Wolf Pack” is the school’s nickname and also the name of all the NCSU sports and competition teams. This you probably already knew if your child is attending or plans to attend the school. Even if don’t participate in any of those extra-curricular type activities. They will no question at some point throw the hand gesture synonymous with “the Pack” in the air and cheer for the red and white of their school.

North Carolina State University competes in the Atlantic Coast Conference in these types of competitive areas. This allows for many great rivalries right in the Triangle NC area. Most notable is UNC Tar Heels (Chapel Hill) and Duke University Blue Devils (Durham).

Your move to be closer to your child at NCSU is one that you can likely count on to be long term. There are many job opportunities straight from graduation and the overall youthfulness of the Raleigh community. Thus, many NCSU students simply put, never leave.

Nearly 130 years ago upon its creation, North Carolina State University stood for progressive thinking and learning processes many would consider “ahead of the curve.” All this time later, these same methods of thinking are churning out career-ready graduates who as a result are bringing a new passion and work ethic to their respective fields.

For more on NCSU, visit their official website at ncsu.edu. Also, to view the currently available homes at Belmont Lake Preserve, visit belmontlakepreserve.com

What is Continuing to Make Retirement in North Carolina so Alluring?

Get Spooked for Halloween on these Haunted Roads in North Carolina…If...
Scroll to top