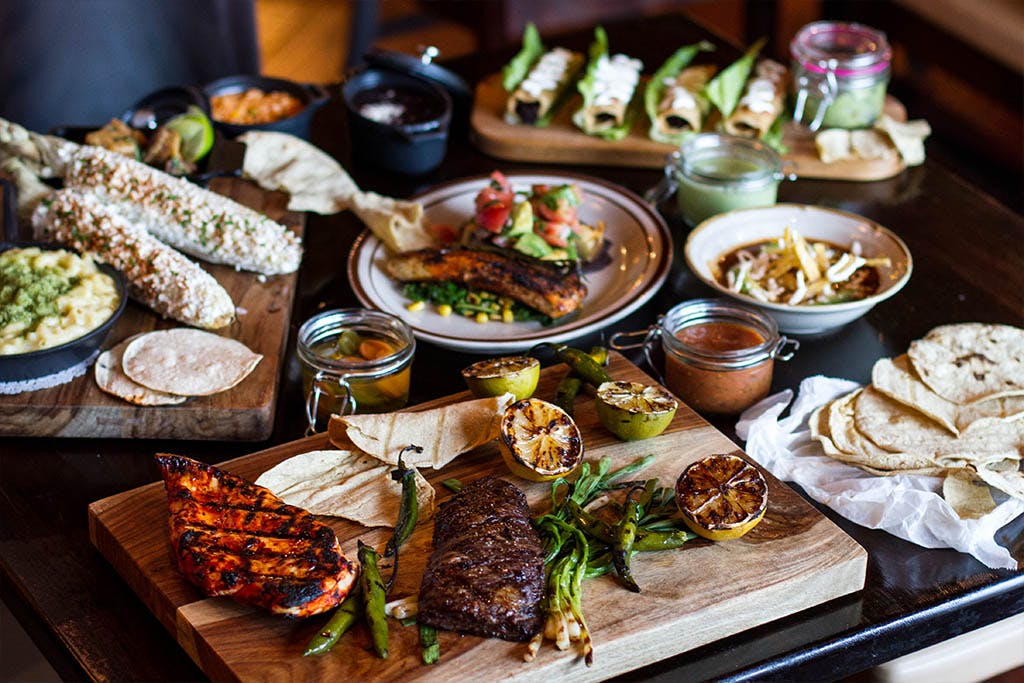 Since you have been considering relocating to a new home in Rocky Mount, our posts often discuss the city’s location. The proximity of the Belmont Lake Preserve community puts you in a great spot to see everything the great state of NC has to offer. One of the major things North Carolina is known for is its great food establishments and Raleigh may be home to the most diverse and best selection of those. Seeing that the state’s capital city is under an hour from your new residence at BLP, we want to help you in selecting some “can’t miss” food options there. Thus, below is our listing of the Best Restaurants in Raleigh.

To call the choices you have at the Best Restaurants in Raleigh diverse, would be quite an understatement. In our Top 10 selections, we actually have ten entirely different styles of restaurants. However, no matter which is your favorite, we assure you that all of the below eateries are well worth taking the drive for at some point when your schedule permits.

The Ten Best Restaurants in Raleigh

In listing the top ten Best Restaurants in Raleigh, we refer to the city’s newspaper, the award-winning News and Observer (N&O). The highly respected publication recently documented the Best Restaurants in Raleigh and we will refer to their expertise in detailing the fine eateries below. Just as the N&O chose not to, these are not ranked in specific order, regardless of how they are listed in the text below.

In this piece, we will see restaurants specializing in basically every type of food imaginable. All left to do now is to find a time that works to make the trip.

Different Ethnicities Represented Among the Best Restaurants in Raleigh

Everybody has their favorites when it comes to food and different genres. Depending on personal preference, some may prefer Mexican, while others might opt for Indian or Chinese. Regardless of the origins and ethnicity of these Best Restaurants in Raleigh, we feel that these below are tops among all competitors.

Your journey to the Best Restaurants in Raleigh starts out with a couple of choices on the same block. First, we will discuss Garland. Described by their own motto as “Indian and Asian Cuisine, Southern Spirit,” this has become a staple for not only locals in Raleigh. On the contrary, the vast and unique Indian/Asian menu has become wildly popular among those that have relocated to the area with these ethnic backgrounds also.

This entry of our Best Restaurants in Raleigh, according to the N&O is “the brainchild of owner/chef, Cheetie Kumar.” Kumar, originally from India, lived in New York prior to his moving to the Triangle area and opening Garland in 2014. She has received nominations for the prestigious James Beard “Best Chef” in the Southeast award on four separate occasions.

According to Google maps, Garland is exactly one hour by car from Belmont Lake Preserve. (60.7 miles)

Next, we move literally, directly across the street from our first entry, Garland to The Mecca. This Greek entry among the Best Restaurants in Raleigh has been a city favorite since opening in 1930.

While many things have changed over the past nine decades, The Mecca has stayed pretty consistent with its menu, not only offering traditional Greek fare. Consequently, one of the items always raved about by locals is the establishments fried chicken. Likewise, The Mecca continues its “diner” like feeling that it had some 90 years ago. This is backed by the restaurant’s signature, rich homemade desserts.

The Mecca literally is across the street from our first entry, Garland. According to Google maps, it too is a 60-minute drive from your new home in Rocky Mount. (60.7 miles)

Moving along through cultures and countries, next up among the Best Restaurants in Raleigh is Brewery Bhavana. Their offerings are from what the N&O calls an “Asian dim sum-inspired menu, developed by the owners of Bid Manda, the award-winning Laotian restaurant next door.

Given the name, Brewery Bhavana, obviously this entrant on the Best Restaurants in Raleigh would be likely to feature an extensive beer menu, too. It certainly does, with a selection of 40 craft brews that includes a delicious, choice of several types brewed in house.

Brewery Bhavana has located almost the exact same distance from Belmont Lake Preserve as our two entries above. According to Google Maps, it is an exact one-hour drive and is 60.8 lies from your new home in Rocky Mount

Since first opening its door in Raleigh’s popular “warehouse district” in 2013, Jose and Sons has been a hit. At this family-run spot, the rich heritage of their family patriarch, Jos Ibarra, as well as their proud Mexican heritage is celebrated in every dish.

Jose and Sons does have a unique quality among our Best Restaurants in Raleigh and other area Mexican joints as well. his would be the fact that his sons have morphed the classic “Southern fare” that so many love in this area in with Jose’s authentic Mexican. The result is a dining experience you do not want to miss.

Jose and Sons is slightly closer to Belmont Lake Preserve than the first three eateries we document above. At 59.2 miles from your Rocky Mount location, Google maps estimates this to be a 59-minute drive.

Our trip through the first five Best Restaurants in Raleigh has taken us to several different countries and continents. However, our next stop, The Roast Grill, takes us right here to the good ol’ U.S.A. An iconic downtown Raleigh tradition, The Roast Grill has been a local legend for 80-plus years.

Sometimes simple is the best recipe. If you ask anyone to have a hot dog off the flat top at “the Roast” over the past eight decades, good chance that they will agree. They offer toppings like homemade chili, mustard, onions,and hot sauce. However, this is a place you won’t get a burger, fries, and not a drop of ketchup. Hot dogs and only hot dogs. Their delicious but simple coleslaw recipe is equally as loved, and the old-time atmosphere is second to none.

Amazingly, The Roast Grill is also estimated at exactly one hour by car from Belmont Lake Preserve. Google maps places this distance within a tenth of a mile from or first two entries at 60.0 miles away.

The Best Restaurants in Raleigh: More to Come!

These five well-known establishments are all very worthy of this one-hour drive. In our next post, we will cover the other five of our ten choices for the Best Restaurants in Raleigh.

If you would like any more information on the location and proximity of BLP to Raleigh or any attractions statewide, visit belmontlakepreserve.com.

Continuing Your Journey: Make the NC Monthly One Day Trip the Resolution You...