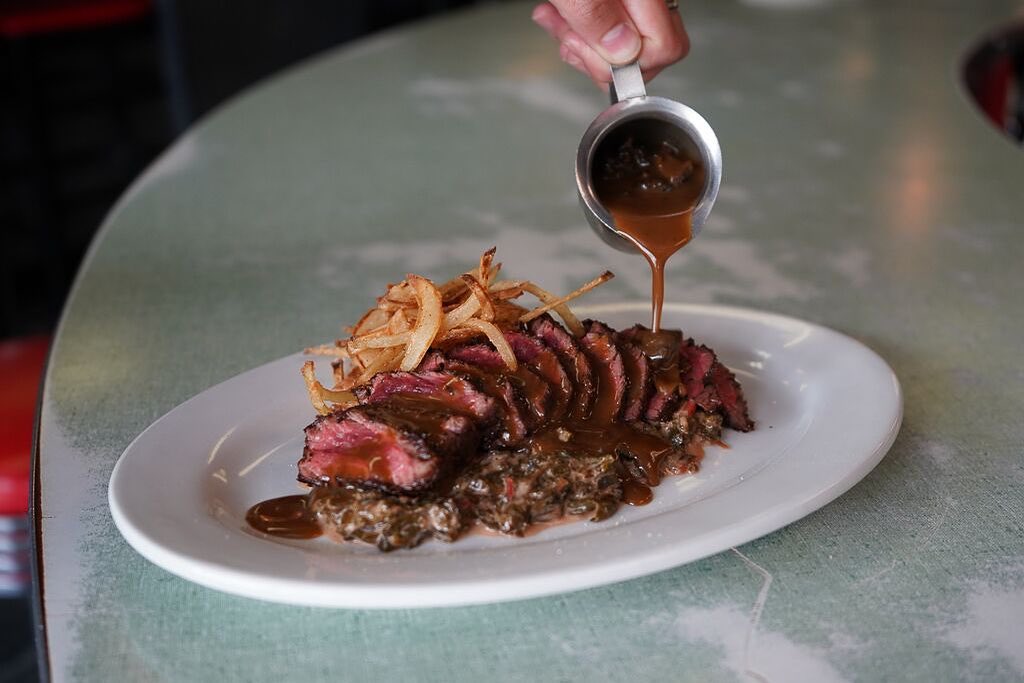 In our previous post, we took a glimpse at five of the Best Raleigh NC Restaurants. With your decision to move to the Belmont Lake Preserve you are just an hour’s drive from these fine establishments. Thus, what will follow below is the remaining five of the ten restaurants that we will put on our top restaurants’ list.

There was somewhat of a theme in the prequel blog post to this one. This was that each of the five Best Raleigh NC Restaurants we profile was of a certain type of ethnic theme. You can read that post by clicking the link here. Moving along to the other five Best Raleigh NC Restaurants, we again turn to the News and Observer, Raleigh’s number one newspaper for input on these fabulous eateries.

As is the case with many of our Best Raleigh NC Restaurants, the 42nd Street Oyster Bar has a lot of history with the locals. First opening their doors in 1931, the N&O refers to them as the “area’s undisputed grandaddy of seafood restaurants.”

This one-time grocery store that specialized in oysters and beer has certainly grown and changed with the times. $2nd Street Oyster Bar now offers an incredible selection of seafood. The Southern-fried seafood platters are famous locally. Likewise, so is their cioppino. However, you can not forget the amazing raw bar with a variety of oysters to choose from.

In what became a pretty consistent distance in our first post, the Oyster bar is 60.5 miles from Rocky Mount. Google maps estimate that to be a one-hour drive.

Arguably the most iconic restaurant in town. No question it is the most legendary steak house among the Best Raleigh NC Restaurants. Yes, it has got to be the famous Angus Barn. This Raleigh classic has hosted too many birthdays, anniversaries, and other special events for local residents to even try counting.

The N&O does a great job in describing the historic Glenwood Avenue location. “Six decades after its opening in 1960,” they began. “Folks still make the trek out to the big red barn on the outskirts of Raleigh.” The piece went on gushing over Angus Barn, noting its “down-on-the-farm” atmosphere, world-class wine cellar, and its famous aged beef.

The commute from BLP to Angus Barn is just a few minutes further than the one hour we have been seeing on most restaurants. That being said, Google maps puts the distance at 72.2 miles or a one hour and eight-minute drive.

Nostalgia reigns supreme at Big Ed’s on Wolfe Street in Raleigh. For decades, this landmark of the City Market is serving such Carolina favorites as country ham, grits, and from scratch, red-eyed gravy. The decor is almost as nostalgic as the menu items!

But it’s not just the breakfast menu that has kept Big Ed’s one of the Best Raleigh NC Restaurants for decades. Their sinful, comfort classic include fried and BBQ chicken, roast pork, chuckwagon steak, and fried catfish just to name a few. Big Ed’s has expanded to open two more restaurants in the area. However, it’s the amazing ambiance of the Wolfe Street, Downtown location makes our list.

Coming in just a minute under that magic one-hour commute time from Rocky Mount, Ed’s is 60.5 miles away (59 mins according to Google Maps)

Keeping it all in the family just as Jose and Sons did in the first post featuring the Best Raleigh NC Restaurants. Crawford and Son and owner/chef, Scott Crawford is described by the N&O ad as a “towering presence in the local culinary landscape since 2009.”

In 2016, Crawford opened this specific restaurant and has been presenting the best in comfort food for hungry customers since. Crawford and Son was actually named the Best Restaurant of the Year for Raleigh in 2018.

One-hour seems to be the planned estimate commute time for the Best Raleigh NC Restaurants. Crawford and Son are no different at 58.9 miles from your new home in Rocky Mount.

Any of the incredible places under the banner of chef Ashley Christensen could certainly make any list of Best Raleigh NC Restaurants. Owned by the defending 2019 James Beard “Outstanding Chef” Award for the entire U.S., Poole’s Diner is true “can’t miss” dining.

The News and Observer list several reasons to visit Poole’s Diner. These include “because it was a pioneer in the revitalization of downtown Raleigh.” Likewise, the publication urges you to “bask in the nostalgic vibe of a dining room that preserves the vintage chrome barstools and double horseshoe counter of a pie shop and luncheonette that thrived in this space in the middle of the last century.” The best reason to visit Poole’s though is the food! The diner’s roasted chicken and macaroni au gratin are legendary. Consequently, this could be argued for every entry on the entire menu.

No big surprise here on Poole’s distance from Belmont Lake Preserve. It fits right into our common time frame that is just around an hour. Google maps places the official distance at 59 minutes and 61.3 miles between BLP and Poole’s.

This is the final post in our two parts on the Best Raleigh NC Restaurants. You can see the first five entries in our previous blog article, here. If you would like to read more on the Belmont Lake Preserve new home community visit belmontlakepreserve.com.

A “World ” of Taste Awaits at the Best Restaurants in Raleigh