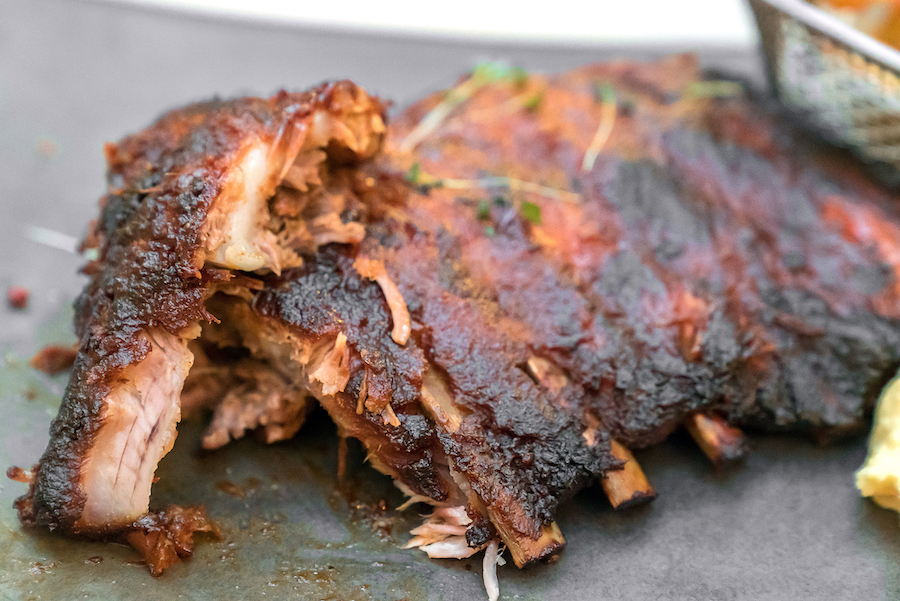 No matter which style sauce or preparation you prefer. Regardless of if your “go-to” is ribs, brisket, pulled pork, chicken, or anything else. One thing that most can agree with across North Carolina is we love good barbecue. Since your choice to move into your new home in Rocky Mount at Belmont Lake Preserve, you are certainly nearby several fantastic local BBQ restaurants. But to continue with our second post of two, we have a few that have been given state-wide recognition in the “top five.” So, below, we will show you the last two of those voted in this elite company atop the Best NC BBQ Restaurants.

In the first post of this two part series, we looked at first three of the top five Best NC BBQ Restaurants. This is not only our own opinion, although each of these selections would certainly be tough to argue. All five of the restaurants we cover in this and the initial post were voted on by readers of the USA Today. The famous national publication annually holds its prestigious reader’s polls annually, with localized voting for each state in an array of categories. With the immense popularity of BBQ in the “Tar Heel State,” it’s no wonder that would be one of the areas voted upon by NC residents.

(This is the second in a two post-series on the Best BBQ in NC. Our next post will cover the USA Today poll’s “top two.”)

The Best NC BBQ Restaurants: Well Worth the Trip

As noted in our opening post, the first three of the Best NC BBQ Restaurants were slightly close to your new home at Belmont Lake Preserve. However, the following two dynamite eateries are both with in a reasonable drive and certainly if in either area, the stop is a must! As any resident of either of the fine cities represented below can attest, BBQ heaven awaits behind the doors of both.

2206 West Gate City Boulevard is located in Greensboro. Which is in the state of North Carolina just like all its peers in our Best BBQ in NC list. That may seem obvious, other than the fact that this NC BBQ joint specializes in cooking their pork shoulder “Lexington-style.” This entails the slow cooking of said pork for 8-10 hours over hardwood coals. In addition to all the mouth-watering, goodness on Stamey’s menu, it is worth a spot on the Best BBQ in NC list alone for the fact that they introduced the hush puppy to the NC scene many years ago.

Now any longtime NC resident had to know that the “Queen City” would in some way be on this list. Likewise, if local to Charlotte, there is a good chance you’ve smacked your lips over the great tastes coming from 1401 Central Avenue at Midwood Smokehouse. With such legendary BBQ tastes as hickory-smoked chopped pork, homemade slaw, and an SC -style mustard BBQ sauce, Midwood is a staple of Charlotte eating. Don’t forget to try the smoked or pulled chicken, beef brisket, burnt ends, and the St. Louis style pork ribs. We could go on, but then we may list the whole menu, no wonder this one made the Best BBQ in NC list.

In this list, we included five of the Top Ten Best BBQ in NC entries from the USA Today poll. The other five were a bit further of a trip from Rocky Mount, however, we have listed them here below and to read the entire post on their rankings, visit 10best.com.

As we stress in both of these articles, any and all of these delicious stops are well worthy of the recognition as among the Best NC BBQ Restaurants Best visit. Luckily for you, the prime location you chose at BLP makes it “never far from here.” To see more on your location in Rocky Mount at Belmont Lake Preserve and its distance from major points across NC, visit the “Location” section at belmontlakepreserve.com.

Where is the Best BBQ in NC?