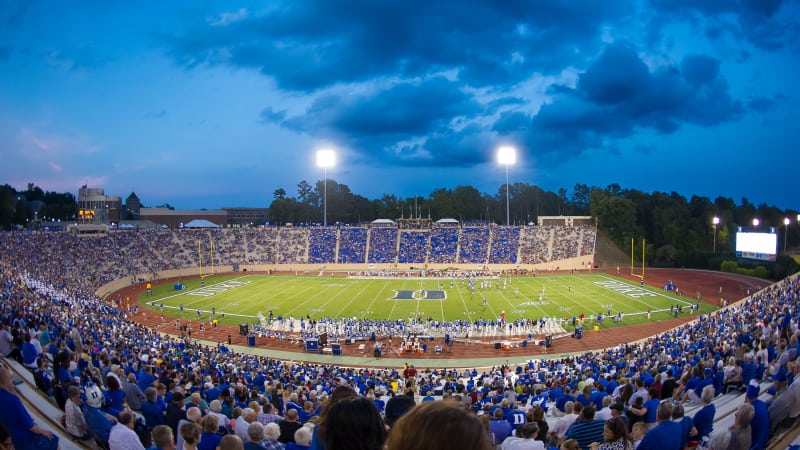 Continuing with our series on the football action with in a quick drive of your new home at the premier North Carolina golf community in Rocky Mount, Belmont Lake Preserve, the second installment focuses on “never being too far from,” the home games of three of the top teams heading into the start of th 2016 ACC Football schedule this week,  the University of North Carolina (UNC) Tar Heels, Duke Blue Devils, and NC State Wolfpack. 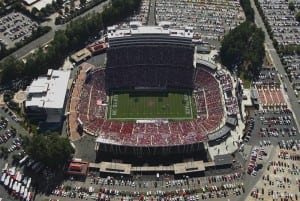 Raleigh’s Carter-Finley Stadium is a “sea of red” for NC State Wolfpack football.

Moving over to the Coastal Division, UNC is the preseason favorite to win it all and return to the championship game when the 2016 ACC Football schedule has wrapped up. Ranked number 22 in the preseason AP Top 25 poll,  Tar Heels figure to have the home crowd in Chapel Hill rocking throughout the season. 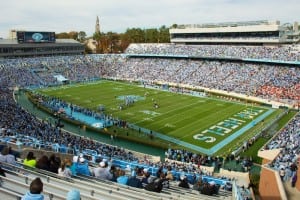 The UNC Tarheels, Ranked #22 in the AP Top 25, play there home games at Kenan Memorial Stadium

The Tar Heels will open the season this Saturday, September 3 on the road against the University of Georgia and travel for a second away game to start the season on September 10. The home schedule for UNC begins when they host James Madison on Saturday, September 17 and then September 24, they welcome Pittsburgh to Kenan Memorial Stadium. The only October home game for the Heels is October 8 against Virginia Tech, but the month of November sees three home contests, with Georgia Tech (Nov. 5), The Citadel (Nov. 19), and a big rivalry game to end the regular season on Friday, November 25, when the NC State Wolfpack travel from Raleigh to do battle with UNC. The other November matchup on the 2016 ACC Football schedule for UNC will see them face off on November 10 with their arch rival, Duke Blue Devils at Wallace Wade Stadium in Durham.

The Blue Devils will actually open their season opposite the Tar Heels, as Duke will begin play at home for two weeks, starting with NC Central coming in to Wallace Wade Stadium this Saturday, September 3 before their 2016 ACC Football conference opener sees them matchup with Wake Forest on September 10. The month of October for the Duke Blue Devils will start with back-to-back home matchups in Durham versus Virginia and Army. Before the final home game of the 2016 ACC Football schedule against the enemy Tar Heels (Nov.10), Duke will host one other game at Wallace Wade against Virginia Tech on November 5.

There were many great reasons in making the choice to move to Belmont Lake Preserve, with its great centralized location being one that can help you experience “Lifestyle Redefined” along side thousands of other fans when you cheer for your favorite team as they play under an hour away during the 2016 ACC Football schedule. For more information on each of these teams and all others in the conference, visit theacc.com. 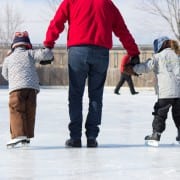 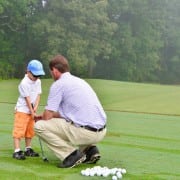 Are You Ready for Some … East Carolina University Football?