Less than two hours up the road from your new home at Belmont Lake Preserve North Carolina golf community, world class music, comedy, and all other forms of entertainment await you as “when you are here, you are never too far from the Greensboro Coliseum Concert Lineup. 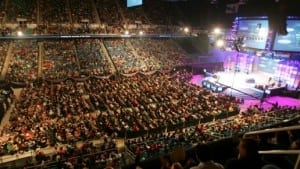 The Greensboro Coliseum is one of the nation’s most famous concert venues, for acts of all genres and styles.

While many look to the cities of Raleigh and Charlotte when they think of world- renowned music, comedy, and entertainment acts, located in between the two larger municipalities, the Greensboro Coliseum Concert Lineup would beg to differ with anywhere having a more impressive lineup of entertainers appearing on their stage.

In addition to the famous 22,000-seat arena, the Greensboro Coliseum complex also is home to a 167,000 square foot Special Events Center featuring three separate exhibition halls, a 4,500-seat mini-arena, the White Oak Amphitheater, the Odeon Theatre, the Greensboro Aquatic Center, and the Terrace. As the Coliseum itself is synonymous with Atlantic Coast Conference college sporting events, the complex also is host to the ACC Hall of Champions.

On average, the Greensboro Coliseum Concert Lineup combined with the happenings at the other on site venues makes the Complex one of the most actively booked in the country with about 1,100 events taking place there annually. 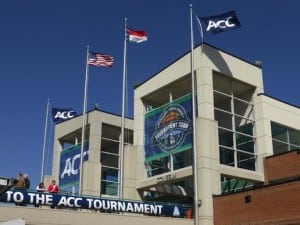 The long time host of the ACC Basketball tournament, the Coliseum Complex is host to the ACC Hall of Champions

Outside of the coliseum itself, highlights of the upcoming events at the Complex will see the White Oak Amphitheatre feature comedian Jim Gaffigan on August 13 and the 14th annual Taste Carolina Wine Festival on October 1. Pet lovers can enjoy the Carolina Kennel Club Dog Show, at the Special Events Center on August 18-21 and the annual Central Carolina Fair will be held in the Coliseum’s parking lot daily from September 9-18.

With so many options in entertainment to the north, south, east or west, the location of your new home at Belmont Lake Preserve truly puts you in a position where “when you are here, you’re never to far from there.” Under two hours away, the Greensboro Coliseum Concert Lineup and the great events there year round can help you in your quest for “Lifestyle Redefined.” For more details on the Coliseum, each of its venues, and a full schedule of events, visit, greensborocoliseum.com. 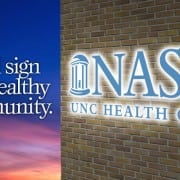