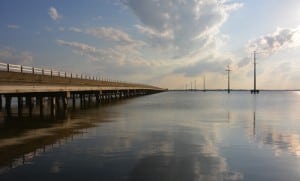 The Wright Brothers Bridge in Kitty Hawk NC is named after is the “innovators of aviation” who first took flight just outside of town.

The location of your new home in the premier NC golf community at Belmont Lake Preserve is one of the most attractive points that both local and transplanted new home owners can all agree upon. Whether looking to stay close to family in the North or south eastern part of the country, or for the central location to all the great things going on right here in North Carolina, such as the beautiful Outer Banks and historic Kitty Hawk NC…at Belmont Lake Preserve, you are never to far from “there.”

Maybe the most historic town of any on the Outer Banks, Kitty Hawk NC’s motto of “Take Flight” stems from their most famous residents, Orville and Wilbur Wright, who used the gentle hills for glider launching, the sandy surfaces for soft landings, as well as its private and remote location to avoid garnering unwanted attention when they started their experimentation that would lead to the first controlled, sustained flight of a powered aircraft, just a few miles south of Kitty Hawk, NC on December 17, 1903.

Fast-forward to the modern day, and the town of Kitty Hawk NC, while always steeped in its rich history, now consists of the picturesque Kitty Hawk beach community featuring residential cottages as well as hotels and a traditional village. The unique shops and impressive dining options that characterize both the beach area and the village in Kitty Hawk NC emanate a welcoming, small time feel that is as endearing to tourists and visitors as it is to the tow’s life long residents. Echoing these sentiments, the website, outerbanks.org, speaks of Kitty Hawk NC, saying the following, “Both the beach and the village share a feeling that development should remain on a human scale and in harmony with nature. It is a pattern and character of the town that both year-round and seasonal residents want to preserve.” 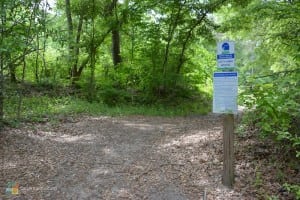 With a variety of spectacular plant and animal life, nature awaits in the Kitty Hawk Woods

Yet another feature of Kitty Hawk NC that sets it apart from most other Outer Banks towns is its 461-acre maritime forest reserve, the Kitty Hawk Woods. With an incredible variety of both plant and animal life, “The Woods” in Kitty Hawk NC are for sure an attraction worth taking a look at on your way through town.

The Outer Banks of North Carolina has become one of the most popular vacation and “get away” spots in the entire country, and with its beaches, friendly atmosphere, unique shops and eateries, as well as its ties to American history, Kitty Hawk NC is one of the main stops you don’t want to miss. 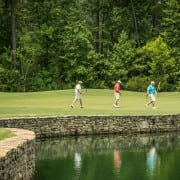 Dream Big and Let the Bright Lights Shine, as “Life is Your Stage” at the DPAC Broadway Season 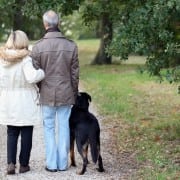 Golf Etiqutte Tips to Stay Competitive while Respecting the “Spirit of the...

Kickoff the “Dog Days” of Summer at the 6th Annual Rocky Mount Paws...
Scroll to top